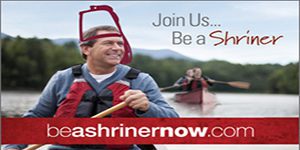 If you hold the title of Master Mason in Freemasonry, you qualify and are invited to join the Shriners. If you are not a Freemason, you must pursue that first. Once you are a Master Mason you will then be eligible to petition to become a Shriner. Visit BeAFreemason.org for more information on becoming a Freemason.

In order to become a Shriner, you must ask a current Shriner to support and sponsor your application.

There are many benefits to becoming a Shriner.

More information can be found at www.beashrinernow.com

Shriners International has adopted the Fez as the exclusive type of head covering to be worn by all Nobles of Shriners International when appearing as such.  This means all Nobles must wear their fezzes at stated meetings, ceremonials, Shrine parades, caravans, special Shrine events, and any other Shrine-related activities. The fez is never worn at Masonic Lodge communications or meetings.

As a Noble, you are particularly admonished never to wear your fez in any company or place in which you would decline to introduce your mother, wife, sister or daughter.  Never forget this. No other person is ever allowed to wear a Noble’s fez.

The Fez shall be worn in its proper shape without crushing, creasing or alteration: and no device, ornament, title, wording or adornment other than allowed by Article 13 of the bylaws of Shriners International shall be permitted.  Not more than two pins or clasps, without supplemental embellishments, may be used to secure the tassel in place.

It is advisable that temples adopt a procedure whereby all fezzes are ordered through the office of the temple recorder.  This will assure the purchase of proper fezzes, as many Nobles are unaware of the legal restrictions.

A Shrine pin should be worn on the left lapel of a suit coat or jacket.  Every Noble is encouraged to wear his Shrine pin when so attired.  It proudly identifies his as a Shriners to other Nobles, to Freemasons, or to the general public.  A Shrine pin may be worn to non-Shrine events as well as Shrine events.

Beja Shriners meet on the first Wednesday of each month except July and August; hospitality 5:00 pm, dinner 6:00 pm.

Stated meetings are held in January, April, September, and December. Note:  Your lady is invited to accompany you to all meetings and dinners.  On stated meeting nights the Ladies will go to a local restaurant for dinner.

Proceeds from this fundraiser benefit the operations of Beja Shriners only – they do not benefit Shriners Hospitals for Children®. 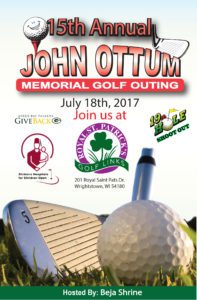 This is a charitable golf outing and is hosted by Beja Shrine Temple.  Monies from this event are donated to the Shrine Transportation Fund.

Events run by the clubs and units to raise funds for their operation and donation during the “Parade of Glory.” These include Brat Frys, dinners, selling plants, auctions, or any idea you might have as approved by the Potentate.

A 20-prize sportsman’s raffle, which provides the entrant an opportunity to win the cash value of a gun/ sportsman’s package. This is a partnership with Cabela’s and the winner receives a gift card in the value of the advertised prize to use as they see fit at the store. The cost of each ticket is 20 dollars.

Each spring, Beja sells ten-pound bags of Vidalia Onions as a fundraiser to support the operations of Beja. It takes nine months to grow these ‘World Famous Vidalia Sweet Onions’ and therefore, only one crop is produced each year. These true Vidalia Sweet Onions will be shipped ‘Fresh from the Farm’ directly to the shrine center about the first week of May.

Shriners believe in God, He created man to serve His purposes, among which is service to others in His name.  We believe that care for the less fortunate, especially children who suffer from burns and crippling disease, is our institutional calling.

We are patriots, each willing to serve his country with fidelity and courage.  We cherish independence under law and freedom with responsibility.

We honor family.  We respect our parents, wives, and children.  We should instill in our children the tenets of this creed, and the heritage from which it emanates.

As individuals, we pledge ourselves to integrity, virtue, and nobility of character.  Our intentions will be honorable, our relationships will be trustworthy and our spirits forgiving of each other.

As brothers, we offer each other fraternal affection and respect.  Together we will support each other in adherence to this creed so that we and our communities will be better because of our fraternity and its principles.

As Shriners, we look beyond ourselves to serve the needs of others, especially children who cannot help themselves.  We believe Shriners Hospitals to be the world’s greatest Philanthropy, and we covenant with each other to support its “Temples of Mercy” with spirit, time, talent and means.

This Creed shall ever be with you throughout your lifetime my Brothers.  Live in every day for the betterment of Mankind.

During the Pledge of Allegiance or National Anthem.

The military salute is used when reciting the Shrine pledge of allegiance and during the National Anthem of the United States of America, Canada, Mexico, and Panama. 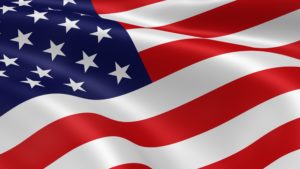 Auditorium.  In an auditorium, he should hold the salute until the Colors are posted and allegiance and/or playing of the national anthems.

Parades.  Only the Color party of each Shrine is saluted when passing in review.

“I pledge allegiance to my flag, and to the country for which it stands; one nation under God with liberty and justice for all.”

“Oh! Say can you see, By the dawn’s early light,

What so proudly we hailed At the twilight’s last gleaming,

Whose broad stripes and bright stars, Through the perilous fight,

O’er the ramparts we watched, Were so gallantly streaming.

And the rocket’s red glare, The bombs bursting in air

Gave proof through the night.  That our flag was still there.

Oh! Say does the Star-Spangled Banner yet wave

O’er the land of the free And the home of the brave.”

True patriot love in all of us command

The true north, strong and free

From far and wide, O Canada,

We stand on guard for thee

The prayer shall be non-denominational in content.  A Noble wearing a fez shall remove it and hold it over his heart.

A Shrine memorial or funeral service is permitted under limited circumstances when requested by the deceased Noble’s family.  Neither service should be held in place of a religious service or the traditional Masonic service.  They may, under unusual circumstances, supplement the Masonic service, but they should not take its place.  Both Services are intended as a tribute to Nobles who have performed meritorious service on behalf of a subordinate lodge or more especially the Shrine.

The Divan (or Board of Directors) consist of elected and appointed officers who serve a one-year term in a progressive line of succession. The elected officers consist of the Potentate, Chief and Assistant Rabbans, High Priest and Prophet, Oriental Guide, Recorder, and Treasurer. Beja also has five elected Trustees who oversee the operations of the Shrine Center and Investments.

On behalf of the entire Divan, we welcome you to our fraternity… Welcome, Noble!