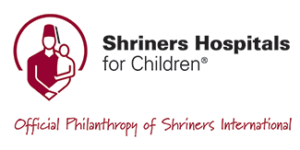 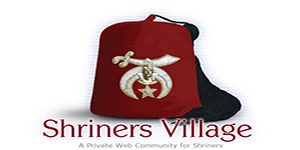 Timeline PhotosWe're sharing info every Monday about scoliosis care and services during Scoliosis Awareness Month. 4 WAYS WE TREAT SCOLIOSIS
Our experienced team of pediatric orthopaedic spine surgeons and specialists includes families in the decision-making process. Here are four ways Shriners Hospitals treats scoliosis:
1- Observation: A watch-and-wait approach for children whose idiopathic curve measures less than 25 degrees. Involves a thorough exam every four to six months while child is growing.
2- Mehta casting: Treatment for infantile idiopathic scoliosis, using gentle force of a cast to slow progression of a curve.
3- Bracing: Every scoliosis brace is customized to the individual patient to best address the severity and location of their spinal curve. Typically for curves between 25 and 40 degrees.
4- Surgery: When surgery is the best option, our renowned orthopaedic spine specialists use a research-based approach and advanced technology.

Beja's cornhole teams and the winning team of PP Dennis Korth and HPP Tom Pflugardt. A day of FUN and Fellowship was had by all. ... See MoreSee Less

Timeline PhotosToday is World Softball Day! The honors keep coming for softball player, and orthopedic patient Jessica. She is the Scholar Athlete of the Year at her high school in suburban Chicago. Jessica accepted a college scholarship to play ball next year in Indiana. Her knee is strong enough to compete after sports medicine care, and Return to Sport testing in our motion analysis center. Congrats Jessica on your latest honor and Happy Softball Day!
https://shrinershospitalsforchildren.org/chicago/…;
Ball State Sports ... See MoreSee Less

Today in Masonic History Walter Millard Fleming is born in 1838.

Walter Millard Fleming was an American surgeon and one of the founders of the Ancient Arabic Order of Nobles of the Mystic Shrine.

Fleming was born on June 13th, 1838, in Portland, Maine. He graduated from a medical school in Albany, New York in 1862 before practicing medicine.

Fleming served during the American Civil War as a surgeon. After the war, he moved to Rochester, New York where he opened a medical practice. He moved his practice to New York City where he became a prominent physician and surgeon.

Once in New York City, Fleming, along with many other local masons ate lunch regularly at Knickerbocker Cottage. Fleming along with William Florence and other masons became a notable group of jovial masons who often sat on the second floor. The group often spoke about making a new masonic organization that was more focused on fellowship and fun.

Florence, who was an actor, became a star and began touring in Europe, Northern African countries, and the middle east. In France, he was invited to a party held by an Arabian diplomat. After watching a very festive play, which was something of a comedy, everyone present was admitted into a "secret society." Florence took copious notes about the play after seeing it two more times on his journeys. He returned to New York where he presented Fleming with all the information he had gathered.

Fleming took the information from Florence and turned it into the ritual which became the Ancient Arabic Order of Nobles of the Mystic Shrine (A.A.O.N.M.S.). There has been much debate over the years as to why Fleming chose the name he did. The most common and possibly the most logical explanation is the initials are an anagram of A MASON, which is a requirement for joining the organization.

(This article provided by Today in Masonic History at .) ... See MoreSee Less

Timeline PhotosA few weeks ago, we shared the news that our top leadership allowed us to provide a new prosthetic arm for former patient Parker, a 24-year-old college baseball player, even though he has aged out of our system. His prosthesis was stolen in South Dakota, and then recovered but not useable. This ability to provide an prosthesis to a former patient is because first and foremost we are caregivers with compassion, and the men of the Shriners International fraternity who govern our health care system also care deeply about the people we serve.

Timeline PhotosWhen your occupational therapist lets you choose your outfit to practice dressing skills, Buzz Lightyear it is! 🚀💚

Timeline PhotosRehabilitation physician Gaby Martinez, M.D., a Pilsen native, talked with families at Family Focus Nuestra Familia this week. Thanks for having us to share about our advanced rehabilitation care available regardless of insurance status or families ability to pay. ... See MoreSee Less 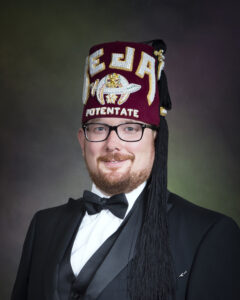 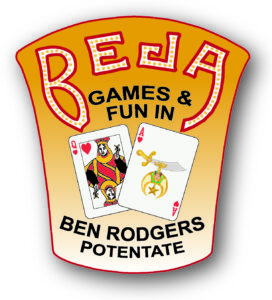 Welcome to the Beja Shrine Website.
We hope you will enjoy your visit. 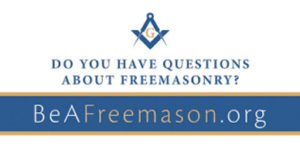